A wild German Grand Prix ended with Max Verstappen’s win. The spectators at Hockenheimring had the opportunity to see one of the most entertaining races in the past decade. The dynamic and super-interesting event was also spiced up with Sebastian Vettel’s unreal drive, which provided him with the second place.

Weather caused many troubles to both the organizers and the drivers. The rain delayed the start of the race, then forced the teams to change their strategies and make several pit-stops more than planned.

In all that mess, the young Red Bull star, Max Verstappen didn’t lose his calm, and with one very consistent performance reached his 7th win.

“It was amazing to win, it was really tricky out there to make the right calls, you had to be focused,” he said after the race.

Verstappen used the fact that all of his rivals had incidents. Lewis Hamilton had a few off-track trips but managed to finish the race, while Charles Leclerc and Valtteri Bottas ended their participation before the end.

Red Bull’s driver had one spinning too, but fortunately, he quickly recovered from that and continued the contest.

“I made a nice 360, I enjoyed that. It was about trying to not make too many mistakes.”

The crowd was very pleased to see Sebastian Vettel on the podium, as the German went from No.20 at the start to No.2 in the end. His bitterness after the qualifications was enormous. Vettel was making good results and was better than Mercedes, but unfortunately, his car failed to enter the track on Saturday.

The favorite of the fans here in Germany bounced back with a fantastic performance, which just a few expected.

“It was a long race at some stage it felt never-ending. It was very fun, it was tough with the conditions and tough to read what was the smartest move.”

The third-placed was Daniil Kvyat, the Russian who is driving Toro Rosso. A night before the race here in Germany, Kvyat became a father for the first time, and winning a place on the podium only made this weekend the best in his life.

“At some point, I thought the race was done, but it was incredible, a rollercoaster, just like my career.”

The reigning champion and the leader in the standings, Lewis Hamilton finished the race at the 11th place, not being able to take at least one point. He had several problems, and on top of them a five-second penalty, due to the irregular entrance to the pit-lane.

His teammate Valtteri Bottas was doing a solid job and was in the combination for one of the places on the podium. However, with eight laps to go, the Finnish driver lost control of the vehicle and was out of the race.

When looking at the drivers’ standings, Hamilton is still first, with 225 points, 41 more than the second-placed Bottas (184). Verstappen is third with 162, while Vettel sits fourth 141.

In the constructors’ standings, Mercedes is way ahead of all other teams. The German manufacturer has almost the number of points as Ferrari and Red Bull combined. Silver Arrows have 409 points, while Ferrari collected 261, and Red Bull 217.

The next race will take place in Hungary on August 4. 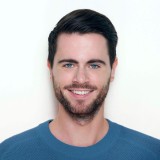 Russell Westbrook Ready to Work Together With James Harden